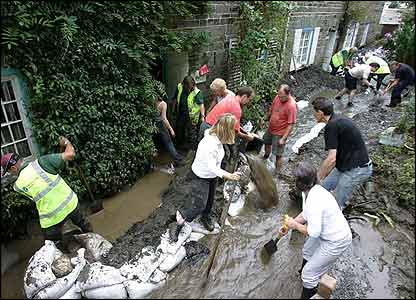 Is this crazy weather ever going to stop?
This question must have been asked millions of times this last week. I’ve read it in the newspapers and magazines, heard it on radio, on the streets, in buses and the tube, on TV. The UK’s resilience, our resilience to cope, adapt, prevail and move on is being sorely tested.

Looking back at the heart-breaking images from the Somerset Levels, the South West and East and noting this weekend’s new severe flood warnings for substantial parts of the Thames Valley it is hard to keep optimistic. It is hard not to descend into depression, to keep up mental agility, thinking flexibly and accurately, neither over- nor underestimating the severity of the impact to our lives and that of loved ones. It is hard to find the energy and willingness to go on and change, willing to find new strategies and simply to continue.

Where is the strength going to come from? How can it be tapped? In ‘resilience speak’ this concerns two key ‘ingredients’ that make up resilience:

character strength – identifying the top strengths in oneself and others, relying on one’s strengths to overcome challenges and meet goals, cultivating a strength approach throughout, including these key virtues (positive psychology)

connections – building strong relationships through positive and effective communication, empathy, a willingness to ask for and to offer help

Both these key ‘ingredients’ to resilience go hand in hand, neither can really be separated out.

Character strength is never built in isolation. How strong we can be crucially depends on our early and continued social connections throughout life. In turn the strength of our social groups, small and large, are nourished and propelled by inspired individuals that choose to be extraordinary. These extraordinary times have produced extraordinary communities in all flood affected parts of the United Kingdom. 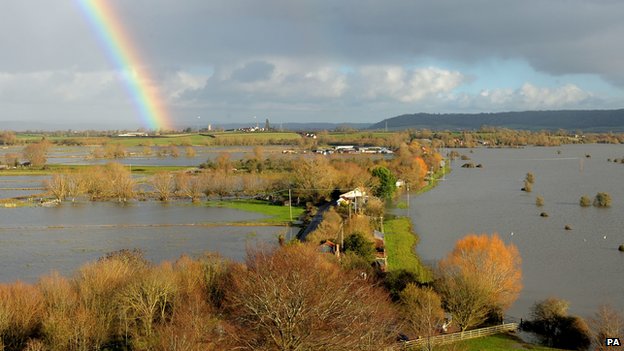 As a somewhat removed Swiss observer yet from ‘within so to speak as someone who lives here I am continually amazed at the British: the speed and boundless generosity with which communities have come together, pooling resources and sheer man (and woman and child!) power to help each another as well as to offer help across wider areas. In fact, generosity is and was so overwhelming that this morning the local newspaper Cheddarvalley Gazette reports that the Westfield Church flood rest centre in Bridgwater had to close their intake of food donations. However, many flood relief funds are active or are just being formed:

Also see Storify for more ways to help, courtesy of @wildwalkerwoman via @ThirlwallAssoc Thanks!

Eric Pickles, the Local Government Secretary, was reported in The Telegraph on Sunday suggesting to “spend aid abroad to stop flooding in the UK”. Calls to divert foreign aid are not new, i.e. BBC last September on austerity. While showing flexible thinking and a willingness to try new approaches, simply diverting foreign aid is unfortunately not entirely straight forward. How much is the UK spending? According to the Guardian last year, the UK’s official development assistance (ODA) is expected to rise to GBP11.3bn when it hits the 0.7% target. With a population of about 63 million, the figure works out at roughly GBP137 per Brit. This is part of a long-term resilience strategy as David Cameron argued and in everyone’s interests to build a more prosperous world, otherwise the problems of conflict, mass migration and uncontrollable climate change “will come and visit us at home”. Well, it seems the latter certainly has.

While the politicians wrangle, let us remember that the Disasters Emergency Commitee DEC has raised over GBP90 million for the Typhoon Haiyan victims in the Philippines all mostly from private donations which works out to an average of just GBP1.43 donated per person living in the UK. Despite recent hardships, anyone here luckily can afford to give GBP1.50 or 2.- to help a neighbour in need.

Tweet
Thank you for sharing, raising awareness for Community Resilience and Emergency Preparedness.